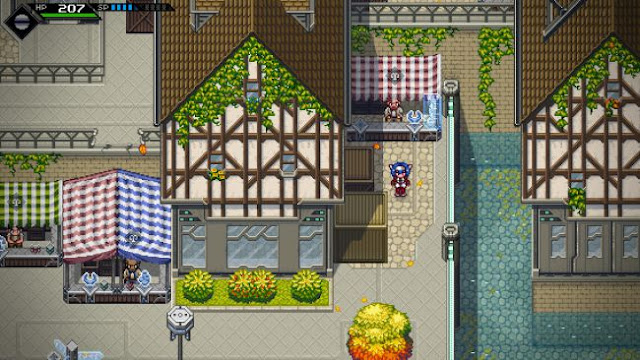 CrossCode, the 2D sci-fi RPG that’s proving a big hit in Early Access, will launch in full on September 20, developer Radical Fish Games has announced.
Expect fast combat, physics-based puzzles and old-school, SNES-style graphics, along with a story that will take more than 20 hours to complete.
I’d never heard of it until last month, but the Steam user reviews suggest it’s worth keeping an eye on. 96 per cent of its nearly 2,500 user reviews during Early Access have been positive, and it was chosen as one of Steam’s top-rated, least-played games last year.
In a blog post announcing the release date, Radical Fish detailed exactly what will be added in update 1.0. Several existing areas of the game are expanded, and a new area called Rhombus City—the largest city in the game—has been added. There will also be more party members, quests, boss fights and enemy types.
Several extras that the developer promised during Early Access will arrive after full release, including a New Game+ mode, a boss rush mode and several NPCs. The game will likely get extra DLC in the future, depending on how the release goes, Radical Fish said.
Read the blog post for more details, and grab a free demo on the Steam page.