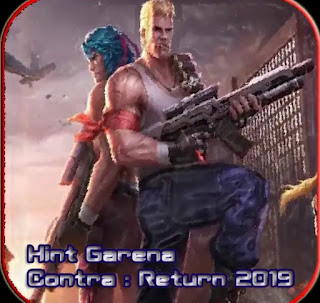 Now I love a good modern shooter, but every now and then, it’s nice to go back and play a classic. Contra Return APK hack is a fine example of a side scrolling shoot em up. But it’s actually a lot more than that! This game has a lot of variety, switching between side scrolling and top down shooting. Just like Double Dragon, it’s probably best known as an NES game- but original was created in 1987 by Konami for the arcades. Finally Its online version Contra Returns hack APK is now released in English version by Garena. 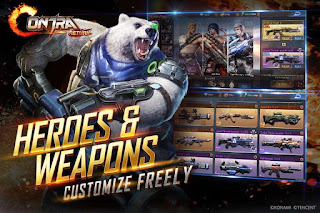 You play as Bill and Lance- obvious clones of Schwarzenegger and Stallone. And speaking of movies, this original game came out the year after James Cameron’s Aliens- and the influence is obvious, especially towards the end of the game. So onto the gameplay. It’s very much about pushing forwards fast. You don’t just jump- you spin all over like a war machine gymnast. And you mow down a tonne of enemies in no time at all. Within the first second of playing, you’ve killed two people. You can shoot in eight different directions, meaning that no one on the screen is safe. To shoot on the diagonals, you have to be moving forward- so you’re rarely standing still. 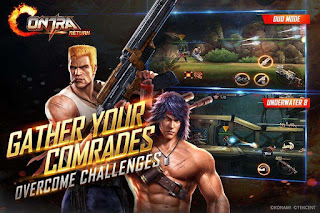