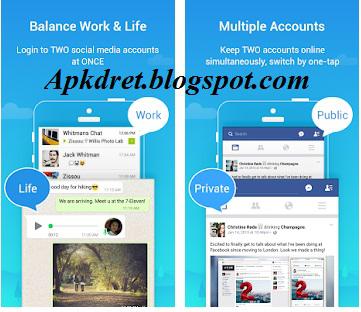 ★Log in to multi accounts of social networking apps or game apps at the same time on one device
• Balance between users’ life and work easily.
• Double users’ online gaming experience and have more fun.
• Almost all apps are supported for a second account in Parallel Space. Data from both accounts won’t interfere with each other.

★Switch fast between accounts with just one tap
• Run two accounts simultaneously and switch between them fast with one tap to effective manage different accounts.