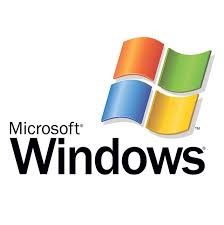 According to the quarterly threat report released by the firm on Wednesday, more than 2 million malware, 16,000 ransomware, 13,000 crypto-mining malware, 141,000 exploits, and 40,488 potentially unwanted applications (PUAs) and adware are detected on a daily basis.

“More than 18 crore threats were detected on Windows devices of individual and enterprise users between April and June 2020. May was the busiest month, with more than 74 million incidents detected, followed by April and June that witnessed 55 million and 51 million detections respectively,” a Quarterly Threat Report 2020 said.

“The absence of appropriate cybersecurity measures has also made users and businesses across India more vulnerable to emerging threats,” it further added.

Joint Managing Director and Chief Technology Officer, Sanjay Katkar said in a statement, “Cybercriminals are at a completely different level today than they were a few years ago. They are using novel technologies to drive increasingly-complex attacks and are targeting larger user bases.”

“The latest threat report highlights this risk that individuals and businesses in India currently face with this evolution of the threat landscape,” Katkar said.

The Trojan Horse families have registered a quarter-on-quarter growth of four percent in the second quarter of 2020 and remained the most dominant malware in this quarter also.

“Individual users and businesses across India need to understand the massive risk that they are exposed to at present. Ignorance is not a viable cybersecurity strategy. The need of the hour is to drive large-scale adoption of cutting-edge security solutions such as those offered by Quick Heal and Seqrite,” he said.

However, the rise of cryptojacking remains the biggest worry, as it is getting direct monetary benefits to cybercriminals.

“Cryptojacking attacks remain undetected for a long time and can often be used as a platform to launch other complex attacks…over 3 million cryptojacking hits were detected till May 2020, with the number of active mobile cryptojacking variants increasing to 25,” the report said.