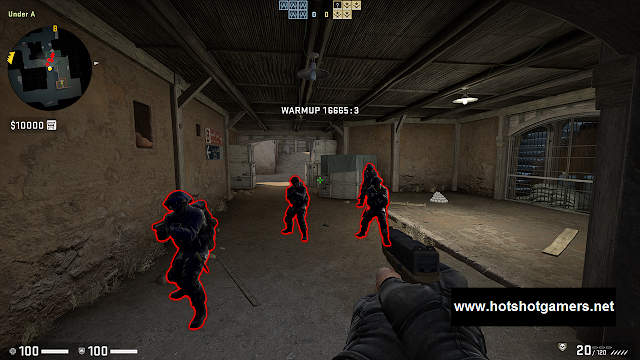 Recently we have been posting only hvh cheats on CS:GO, but today we decided to share with you a new working external hack on CS:GO from the developer Sandwich. This hack does not contain a menu in its functionality, and contains only the console and hot keys to control the functions, because everything is already configured and you just have to press the right keys to activate commands. The cheat includes such popular features as: TriggerBot/FakeLag/ESP/Bunnyhop/RadarHack, etc. Additionally, to support all features and the hack itself, you must have the following programs installed on your computer: .NET Framework and 2020 C++ Redistributable.

For example, the function TriggerBot will target yourself in the middle of the enemy from you, and you’ll have yourself to shoot without bullet spread using a Norecoil function and thus fall into the most vulnerable places on models of the enemy. Additionally, you can configure TriggerBot to Refine the attack, you can choose to hover only on enemies or only allies, and put a tip on all. Hack also has its own unique ESP, which will highlight enemies or allies bright color and thus you will see them behind any fence on the map.

INSTRUCTIONS
1. Download and extract the hack
2. Start CSGO
3. Open the hack
4. Have fun

FAQ
Q1: Is the hack undetected?
A1: I strive to push out daily updates to reduce detection but you will never know if a hack is truly undetected or not.

Q2: Am I downloading a virus?
A2: No, you’re downloading a game hack and some anti-viruses will flag it but they are false positives. Disable your anti-virus or add the executable as an exclusion to fix the issue.

Q3: The hack doesn’t work?
A3: Make sure you have the latest version of .NET Framework and 2020 C++ Redistributable.

Q4: How often does the hack have updates?
A4: Constantly. I try to update the hack on a daily basis to reduce the risk of detection.

Q5: Can I use this on Faceit or ESEA?
A5: I don’t advice it. The hack only supports official matchmaking servers.

Q6: Can I use this on Prime Matchmaking?
A6: Yes, the hack should work fine.

Q7: How do I change the hotkey layout?
A7: Press SHIFT + ‘=’, type in the option you want, press enter, press any new hotkey to update the menu display.

Q8: Triggerbot wont work in Danger Zone?
A8: You need to change the triggerbot target.

Q10: CSGO just updated, can I use the hack?
A10: Most of the time CSGO updates, the offsets change thus making the hack outdated. My rule of thumb is to wait until the new version is released.

Attention! If you can’t open the file, then disable your antivirus and Adblock.

Hacks are stored in RAR or ZIP format, to unpack these archives using the programs
WinZip,  WinRar,  7-Zip or any other archiver that supports these formats.