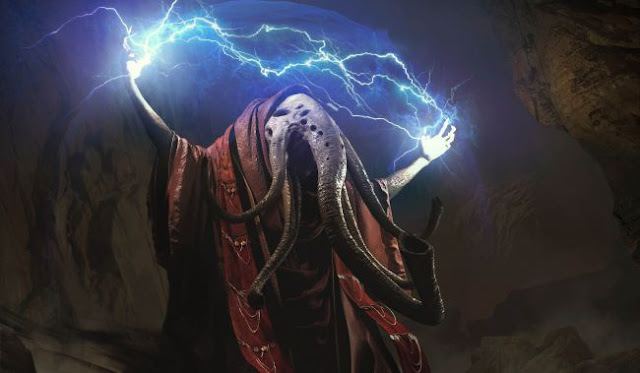 Bethesda’s collectible card game The Elder Scrolls: Legends, which has been out on PC for more than a year, will only launch on consoles that support crossplay with PC and mobile versions of the game, Bethesda has said.
At E3, Bethesda announced that the game would come to consoles later this year, which everyone presumed meant it would release on the Nintendo Switch, Xbox One, and PlayStation 4. However, Bethesda’s Pete Hines told GameInformer that it will only come to consoles that support full crossplay, and that the matter was “non-negotiable”—which leaves the future of the game on PS4 in doubt.
Hines never mentioned the PS4 by name, but it’s well known that Sony has been resistant to supporting crossplay in the past. Bethesda’s executive producer Todd Howard said in June that he’d “love” to have crossplay in Fallout 76, but Sony “isn’t being as helpful as we want them to be”. Sony said earlier that month that it was “looking into possibilities” for allowing more crossplay on its console.
Asked specifically whether the game would come out on PS4 if Sony does not soften its stance, Hines said: “We continue to talk to all of our platform partners. But those [terms] are essentially non-negotiable.
“We can’t be talking about one version of Legends, where you take your progress with you, and another version where you stay within that ecosystem or its walled off from everything else. That is counter to what the game has been about.”
He also said that Bethesda was sending a message “not…to anyone in particular, but to everyone we are talking about. This is 100 percent clear. This is what we are doing, what we need, and what we intend.
“The way the game works right now on Apple, Google, Steam, and Bethesda.net, it doesn’t matter where you buy your stuff, if you play it on another platform that stuff is there. It doesn’t matter what platform you play on, you play against everyone else who is playing at that moment. There’s no ‘Oh, it’s easier to control, or it has a better framerate on this system.’ It’s a strategy card game. It doesn’t matter.”