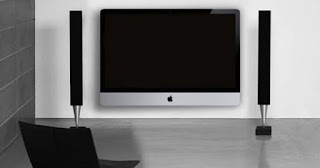 Apple has been diversifying its products for many years, remember that the company of the bitten apple started being a computer manufacturer … and today, they offer a wide range of products such as smartphones, tablets, smartwatches, smart speakers, laptops, covers, keyboards and load docks.

So it is likely that Apple will continue to include new products in its catalog, while removing those that have not been successful in the market or have become obsolete. In this article we will take a look at the possible products that Apple could present in the near future . And watch out, because some of them could be in the process of development …

If we think of new products for a technology company like Apple, a television inevitably comes to mind. It seems the natural evolution of Apple devices. But it is a risky enterprise. Currently, Samsung and LG dominate this market, but if Apple manages to manufacture its own OLED panels , the launch of a television would be imminent.

Another of the most ambitious projects in which Apple is working in secret is the Apple Car. Under the codename “Titan Project”, the company prepares the manufacture of an autonomous electric car that would have CarPlay and adapt to the emotions of the driver . Undoubtedly, the most interesting part of this project is the implementation of all types of software on the panels of the car’s dashboard , it is nice to imagine it with a steering wheel with touch screen, docks and chargers for iPhone …

The Apple HomeKit platform is having a big boom in the market. There are all kinds of accessories dedicated to controlling household items such as fans, air conditioners, lights, locks, plugs … So far, Apple has partnered with some third-party companies to sell their products in the Apple Store, but it would be crazy to discard the possibility that the Cupertino firm ventures to design their own home automation accessories, such as the HomePod they presented recently.